Over the last few months, we have been researching and gathering delinked articles data from different media outlets across Europe. Our focus was to obtain as much data as possible, however, but we had some setbacks. In some cases, the media outlet did not know that Google had notified them about an article being deindexed from its search engine, in others, this kind of information was not collected or if collected, they would not share their statistics with us.

Once the data sample was built, we categorized all delinked articles depending on the topic they covered. We used this the following 6 categories: Business, for stories in which their main actors moved around an economic background;, Crime, for stories that covered any sort of illegal behavior like assaults, fraud, etc. Personal for private persons and finally, Politics, Extremism and Youth. 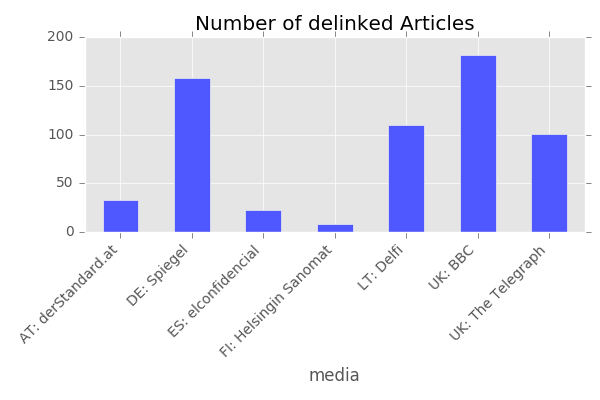 We cannot provide the personal stories as it would go against the Right to be Forgotten but here we present the main results of the data analysis.

Firstly, we reached the conclusion that articles with an economic angle related to business people or having to do with fraud, were the ones most deindexed by Google in the media in our sample. Almost a third of the pages removed from Der Spiegel (Germany), der Standard.at (Austria) and El Confidencial (Spain) were business related. This is a higher percentage compared to UK media. As a counterpoint, Delfi, a Baltic media group, was hardly affected by delinks of business-related articles, despite Estonia being the country with the highest number of delink requests per capita.

The personal category, where a private person was the main focus of the story, was part of half the stories affected on the Helsingin Sanomat (Finland) and Delfi (Baltic). The UK’s BBC and the Telegraph as well as Der Standard (Austria) and El Confidencial (Spain) had a 30% share of personal articles and Der Spiegel (Germany) had almost 20%, the lowest of the analysed media in this category.

A surprising finding was that a lot of deindexed stories were related to crime. This was particularly true for the UK media we scrutinised, where half the relevant stories on the BBC, for example, are focused on this topic. In some of these stories, one can reasonably guess who requested that the article should be deindexed from search results. It could be that the alleged criminal requested a delink once the charges have been withdrawn, but this is not always the case.

As far as Politics goes, Delfi and Helsingin came on top of all other reviewed media outlets, with almost half of the delinked stories having a political outlook. Der Standard and El Confidencial had the most delinked stories on the topic of extremism.

Finally, youth was a less prevalent topic than expected in deindexed stories. Youngsters and millenials are underrepresented in the media despite belonging to the Internet generation and only 15% of the deindexed stories in the case of der Standard.at, and less than 10% in all other cases, had to do with them.

Having spent several months collecting this information, we would now like to enlarge our data sample in order to find out more about the decision making process of the Right to be Forgotten. If you are a journalist or a media outlet and you want to collaborate with this project and/or share any data related to the Right to be Forgotten, you can write us to this email thertbfproject@hushmail.com or use the form below. 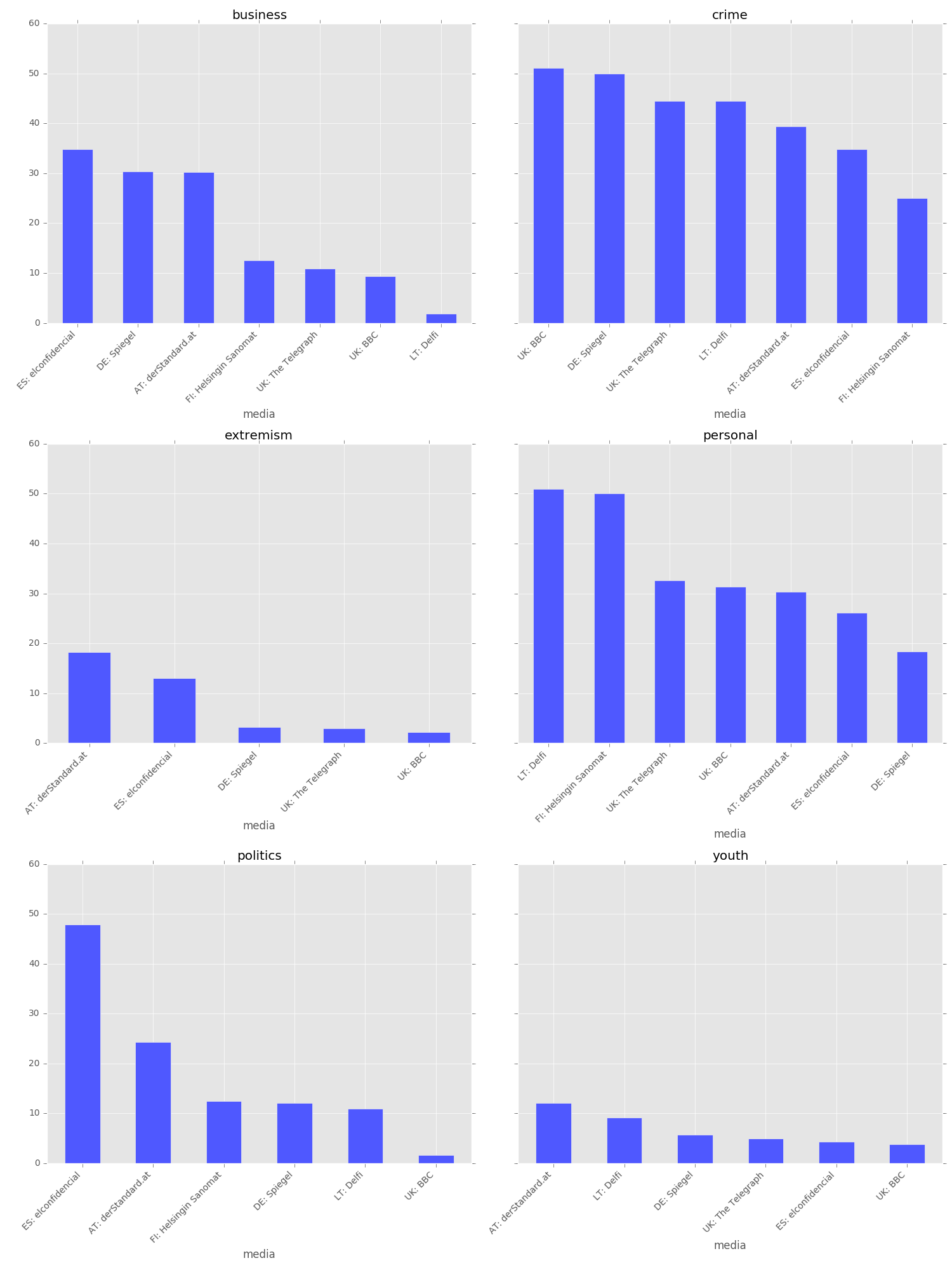 Tell us your Right to be Forgotten story or case